In comparison to the total population of Great Britain, the percentage of homeless people is very small. By going with the official count, about 66.7 million people reside in the UK and the homeless population is in 100 thousand only.

Though the population homeless is less it is a matter of concern, by comparing the last 5 years’ record of the homeless population we can see that it has been rising year after year in England.

The true meaning of homelessness is simple and is covered a broad range of living conditions. As per English law, it is defined as “a homeless person who does not have a legal right to occupy accommodation, or if their accommodation is unsuitable to live (according to Homelessness Reduction Act 2017).

Under this, the applicants may be also considered homeless even if they currently reside in a place, if the place is not suitable to live in for a longer term of duration.

Research shows that A&E visit average cost is £147, and in the last six months 4 out of 10 experiencing homelessness have used A&E. It has been seen that 7 out of 10 homeless ex-offenders within one year are reconvicted and the average cost per arrest is £1,668.

Each homeless person’s annual estimated average cost is £26, 000 from the public purse and in total it costs £1 billion to maintain homelessness. In the year 2010, the rate of homelessness increased, which made it clear that proper legislation was required to update and upgrade the 20-year-old Housing Act of 1996.

Various non-governmental organizations (NGOs) and self-help groups reported the same problem of providing more meaningful assistance and support to those who are in danger of becoming homeless. According to Homeless Link, an NGO assisting the homeless in the UK said that “There’s evidence that some Local Housing Associations only provided minimal, or out-of-date information, which wasn’t tailored to individual needs” in 2017.

Another issue regarding the previous policy was that the applicants were only assisted when they were in near danger of being homeless within the timeframe of 28 or fewer days.

This timeframe generally didn’t provide any help they needed and made them homeless. In addition to this, the Local Housing Associations were not allowed to look into the matter that why an applicant had become homeless, which was required to understand that what are the circumstances that are responsible for leading a person to become homeless, here the best institution to understand these facts was Local Housing Associations only.

According to the Housing Act of 1996, homeless people do not fall under the category of “Priority needs” hence they become a separate group, which left them alone with very limited options to help themselves. This created a demand for passing new legislation to fill these gaps.

About “Homelessness Reduction Act of 2017”

The Homelessness Reduction Act (HRA) 2017 was introduced on the 3rd of April 2018. It placed new responsibilities and legal duties on local authorities, in order to ensure that everyone who is homeless or is at risk of being homeless will have access to all kinds of support and help, without considering the priority need status, as long as they are eligible for assistance.

Part VII of the Housing Act of 1996 was amended by the Act. As per the finding and advice by a panel of experts, established by the Crisis including the Homeless Link in 2015 formed a base for the Act.

The main aim of the panel was to find out the strengths and weaknesses of the Housing Act of 1996 which was affecting the individual homeless people of the UK and to improve the legal framework to prevent and improve the conditions of homelessness more efficiently in the UK.

A similar framework to the Housing (Wales) Act 2014, was recommended by the panel. This new framework was represented as a Private Member’s Bill while introduced to Parliament in June 2016 by Bob Blackman, a Conservative MP for Harrow East, and was supported by the government.

The Homelessness Reduction Act of 2017 introduced 5 key changes in the Housing Act of 1996: -56 days of the timeframe will be provided to people threatened with homelessness
-Advisory Duty will provide improved advice and information
-Duty to Prevent & Relieve Homelessness
-Duty to Conduct Assessment & Personal Housing Plan
-Duty to refer and encourage public bodies to work together

Is it sufficient to curtail the growing homelessness in the UK?

According to HRA flows analysis for households owed a duty in 2018-19, In the year 2018-19 total of 222,580 households received homelessness assistance and the majority of their cases had either closed or reached the main duty decision as of March 2020. 54.8% of the total population had secured accommodation for more than 6 months, and among which 26.3% had left the system for some other reasons (mainly contact loss or application withdrawal), 12.5% owed the main duty, and 6.3% were homeless and not owed a main duty relief.

By analyzing the above-mentioned data and reports we can see that what was the condition of the homeless population of the UK, which was becoming a burden on the government purse, along with creating an unstable environment which was making a perfect environment for criminal activities to grow.

The decision of amending the Housing Act of 1996, helped the Government of the UK to ensure that its citizens are living in a suitable and healthy environment, and are capable of giving high productivity in the per capita income, as health and living conditions of the overall population of a country determine the growth of a country.

The introduction of the Homelessness Reduction Act of 2017 helped the nation in handling the growing concern of the homeless population which in the future could prove difficult to handle.

This law improved the population getting help and assistance regarding housing and decreased the threat of homelessness. Here we can conclude that the Homelessness Reduction Act of 2017 is capable to abbreviate homelessness.

Previous article
Whether the words uttered in a fit of anger, amount to abetment?
Next article
NGOs and the Foreign Contribution Regulation Act 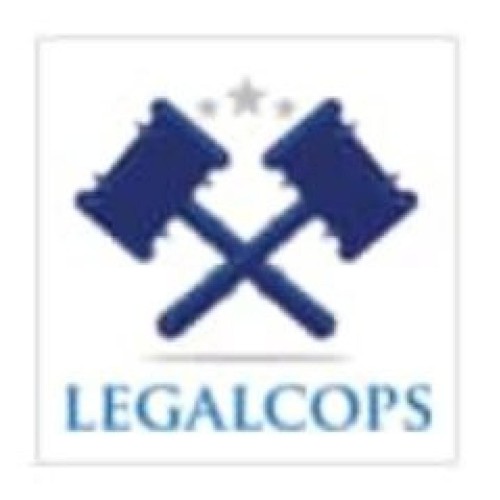